Enter your City name or Pincode

Punjab, which is famously known as the land of five rivers, ranks amongst the most ancient civilizations in the world. This fertile land attracts many tourists with its scenic landscape, rich history and famous religious sites. Sangat is a major town and municipal council in Indian state of Punjab that comes under the jurisdiction of Bathinda district. 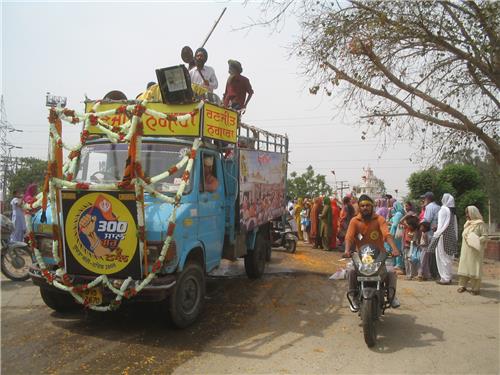 As per census of 2001, Sangat town had a population of 5396 among which 53% are males and 47% are females. Children below six years of age constitute 13% of the total population. The average literacy rate of Sangat is 70%, which is higher than the national average of 59.5%. 57% of male and 47% female in Sangat are literate.

Sangat is a municipal council in Bhatinda district of Punjab state. It is divided into nine wards and election is held every 5 years. There are over 537 houses under Sangat municipal council. It is responsible for supplying basic amenities like water, electricity and sewerage to the people in the city. Municipal Council is also authorized to build roads within the limits of it and to impose taxes on properties coming under its jurisdiction.

Those who visit Sangat, from far away places, mainly depend on flight services. Ludhiana airport, which is 134 km away from Sangat, provide flight services on regular basis to various cities of the country. Raja Sansi Airport in Amirtsar of Punjab is located at a distance of 173 km from the city.
Even though famous tourist spots are rare in Sangat, the city is near to major cities of Punjab that have many gurudwaras, pilgrim spots and tourist locations.


Sangat at a glance

Comments / Discussion Board - About Sangat